In my last post I described that my broken monitor motivated me revive my electronics hobby. I planned to do an in depth analysis on the monitor. But as luck would have it my replacement monitor started getting a little twitchy as well. So I did a quick repair attempt and it worked out well.

Most of the fault analysis I have already done a while ago. But being very happy with my working monitor I decided to write it all down.

Basically my monitor, a Fujitsu-Siemens LSL 3260W, just broke down during normal operation. There was a small amount of smoke and a distinct electronic smell. I tried to turn it on again but it would only turn on a bit dimmed for a few seconds and then the backlight would turn off. The image was however still visible when you looked on it at an angle.

Since the image was still visible at an angle and just the backlight was off I had hopes that it was nothing too major. A first look inside the monitor revealed this little culprit right at the connection to the backlight: 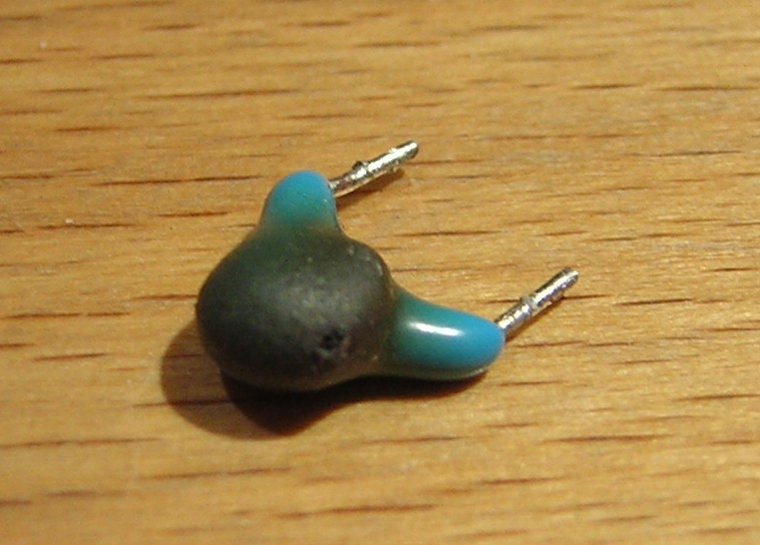 You can clearly see where the magic smoke escaped.

After a bit of searching and comparing it to the capacitor on the mirrored output section for the other two CCFL tubes I found that it is a "12J 3KV JNC" ceramic capacitor. Which is as 12pF capacitor with 3kV voltage rating.

My knowledge in this area is pretty limited so I did a lot of research online. However what you can find on the whole power and backlight board, an "ILPI-082", is close to nothing. Some people have run into similar problems which has been a bit helpful to get an overview. I thought it might also be helpful to look for more information on the IC in the CCFL driver section. Maybe there would be some information in the datasheet about CCFL driver circuits to give some pointers. I did however find absolutely nothing on the "SS7160". Narrowing the Search down to CCFL and DIP-8 did also not help.

Without digging too much deeper I first though maybe just one backlight CCFL tube might be bad. I got myself a little ready to go CCFL inverter. Here some pictures. 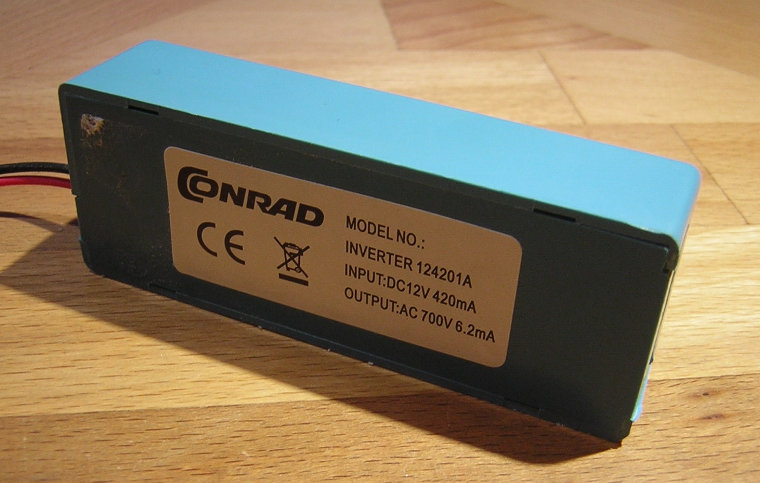 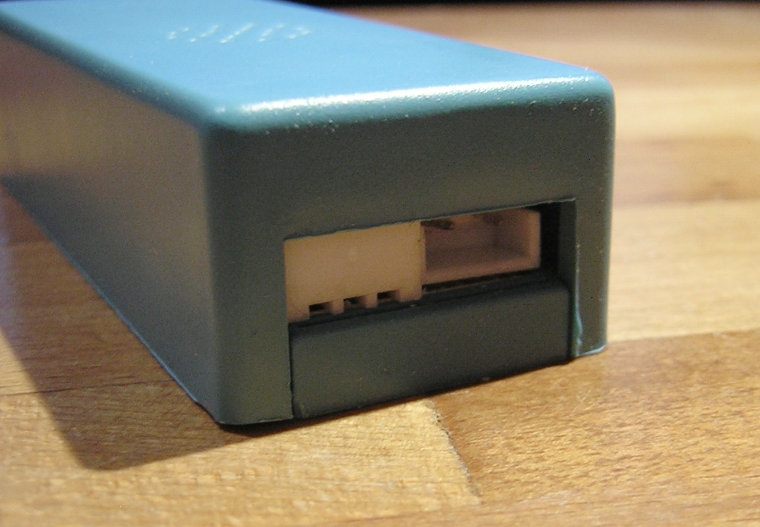 This inverter produces high voltage. So be careful if you use one.

The socket did not fit exactly but I was able to test all 4 backlight tubes of the monitor. Oddly enough they just lit up 42cm even though they are longer. The inverter probably has the wrong specifications. Maybe I look into the reason for this odd behaviour in a project later on. But the backlight tubes all showed the same behaviour from which I reasoned that they are probably OK.

Understanding the Basics of CCFL

Since my curiosity was now turned on I first read up on CCFL on Wikipedia. My basic understanding is now that the CCFL tube needs a very high voltage to fire up and then still several hundred volts during normal operation. On the ILPI-082 board you can clearly see mirrored sections for the four backlight outputs. There are two transformers, large gaps around the outputs and the little caps next to the outputs. 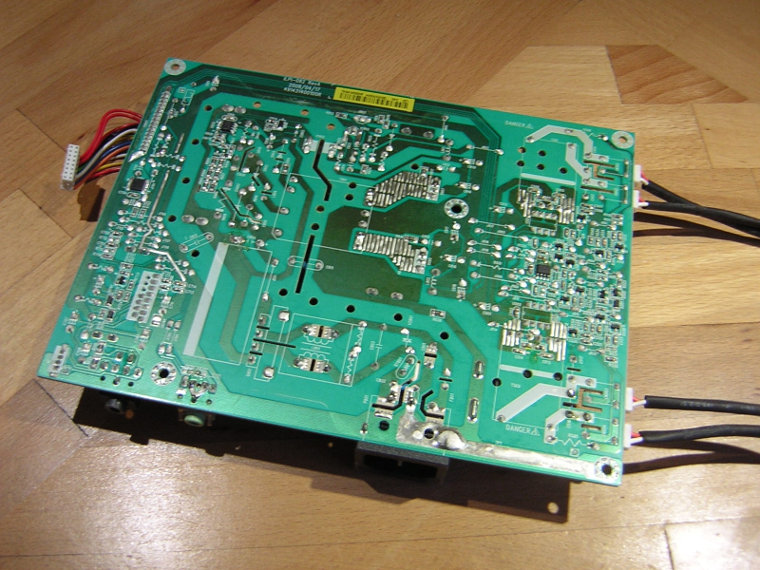 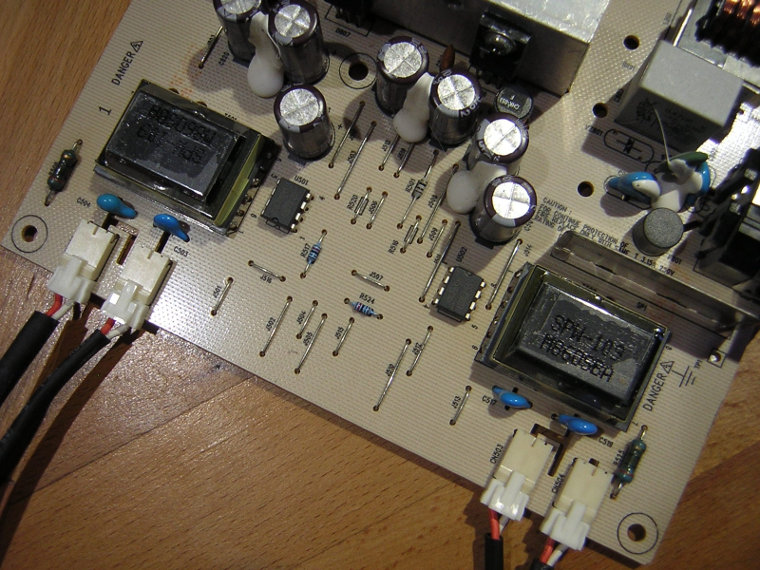 The photo already contains the replacement cap. I photographed it after the repair.

I would have loved to test and record the behaviour described above for all four outputs on a scope but I do not have the appropriate equipment yet.

You can also get a short overview about CCFL backlight circuitry and the purpose of the small capacitor in this video from mikeselectricstuff (electricstuff.co.uk). An invaluable resource as always.

On the back of the ILPI-082 board I saw a bit of gunk around a resistor. Have a look: 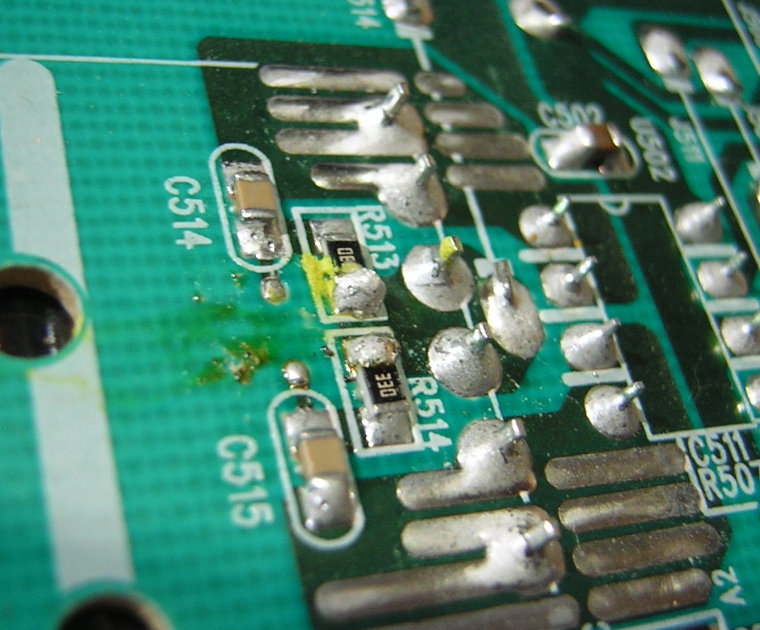 This resistor surely has seen better times but I do not have proper SMD soldering tools yet so I quickly measured it with my trusty Brymen multimeter. It seemed OK so I left it just the way it was.

At this point the repair is pretty straightforward. I compared the two mirrored output sections for the CCFL backlight and tried to work out the value of the defective capacitor. It was a bit burned and as such difficult to read. At the time I figured it was 3pF. Later on it turned out to in fact be "12J" which is 12pF. Nevertheless it will also work with with 3pF. Just watch out for the voltage rating of 3kV.

The capacitor I bought as a replacement was this one from a Taiwanese supplier on eBay (eBay offer). 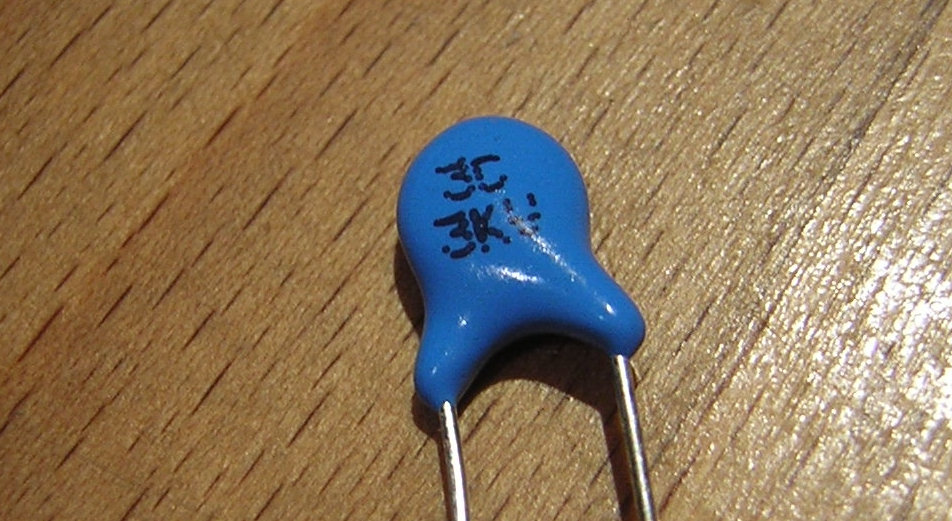 After a bit of soldering it is in place. 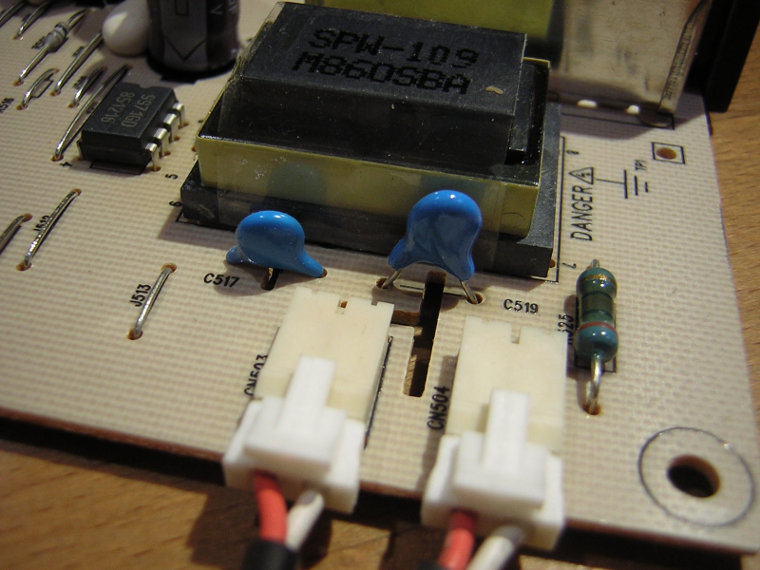 Not very elegant, but it works. Hooray! 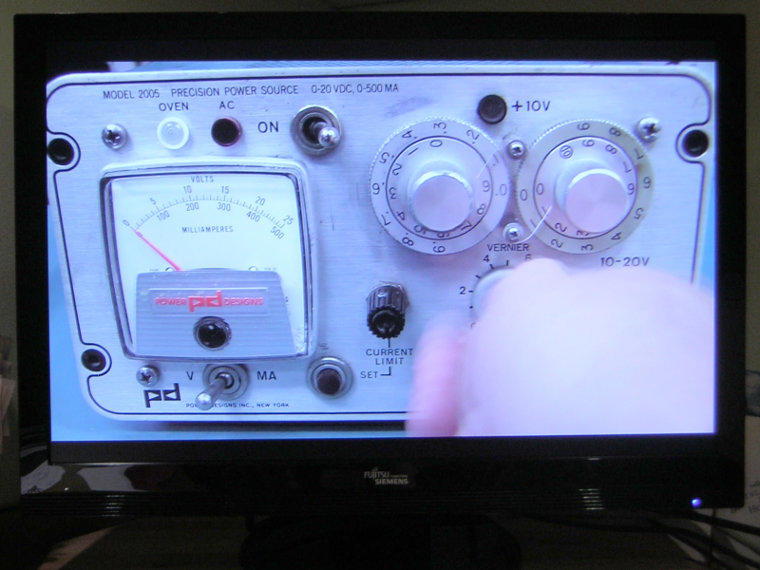 After all this was a quite simple repair and my monitor stood around broken for way too long. But I did nevertheless learn quite a bit. When I come across a CCFL tube from a broken monitor or so I think I will mess around with it a bit. Maybe I can figure out why it is that CCFL tubes can partially light up and even capture the firing voltage burst on the scope. Stay tuned for more.