The excerpt from my bee diary reads like this:

2014-10-12: Removed empty Liebig dispenser from colony 2 and also removed the varroa drawer. Took away the top body as well. Checking an area of 5 by 5 cm on the varroa drawer revealed about 123 varroa mites. Extrapolated to the whole seemingly used surface this means a total of approx. 1180 mites and a daily drop rate of 90.

This looks pretty much like a success. During the treatment there was however one very hot day right after it had started. A very hot day means that the formic acid from the Liebig dispenser evaporates quickly. Maybe too quickly which would lead to too high a concentration inside the hive air. I also noted that the bees seemed quite stressed out. Maybe the queen has been killed by a too high concentration of formic acid. But then there was very little I could do. Stopping the treatment would have reduced the chance for this already small colony to survive the winter.

Taking Another Peek Inside

After the treatment was finished I got nervous and simply wanted to know whether the queen had been killed. Even though at this time of the year there was very little I could have done about that. So I just had to search for her.

This second colony is however in general a bit more aggressive. Add to that the stress of the treatment and the lower temperature I put on my gear at this time. Usually I do not need it but after a short failed attempt I just wanted to make sure I do not get stung in the face.

So here we go. A look in the second colony. 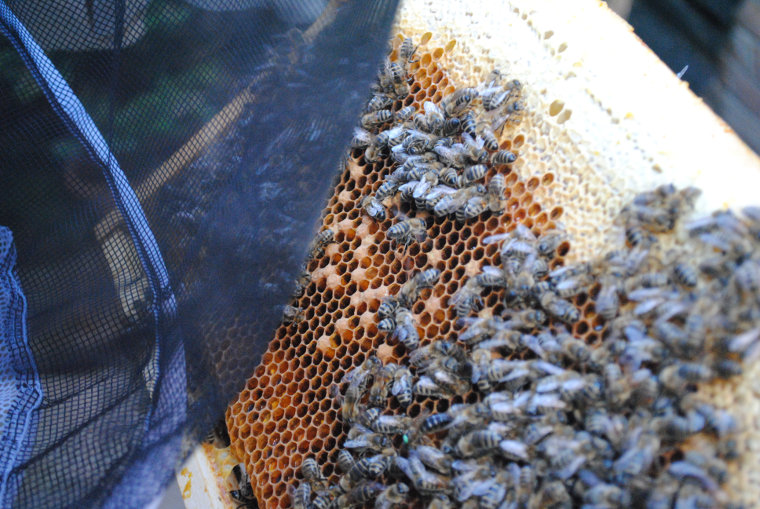 This is the only frame which still has brood on it in all stages. That should be OK. The other frames are filled up with food. You can already see her here if you look closely. 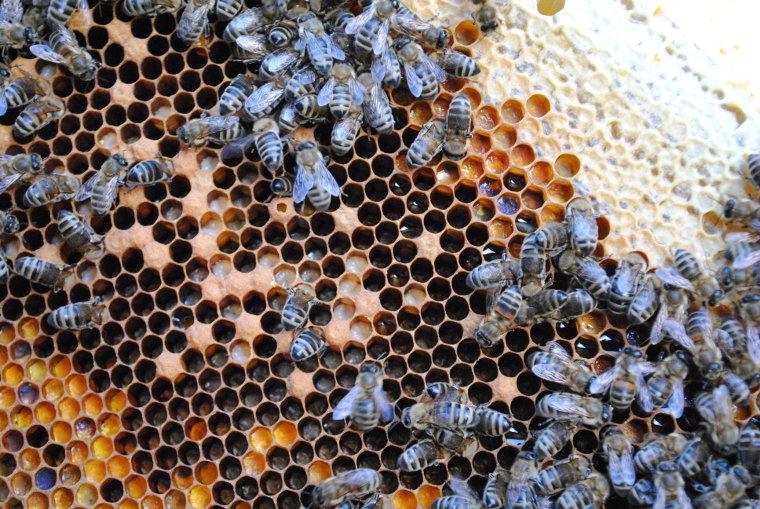 A closeup of the brood. I just love to see the bees dive in head first in the cells when they are feeding the larvae. 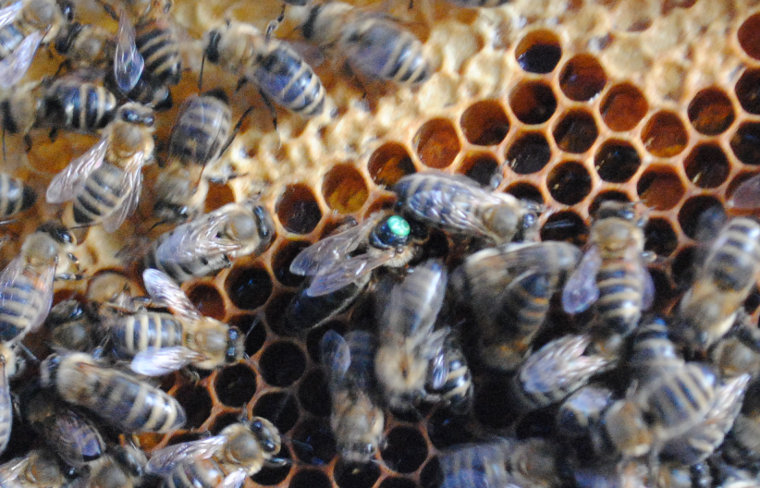 Here she is in all her glory. Her Majesty Queen Carnica the 20th, green.

I also could not resist to check on colony 1. There is a lot of food and also still some brood in all stages. Have a look: 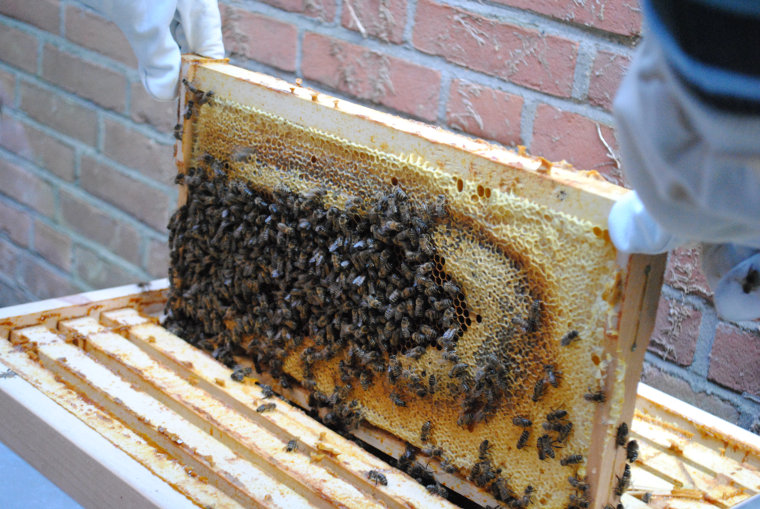 And to conclude we now have a lucky and a bit indecent snapshot of one of my workers on a nearby leaf. She looked not amused. 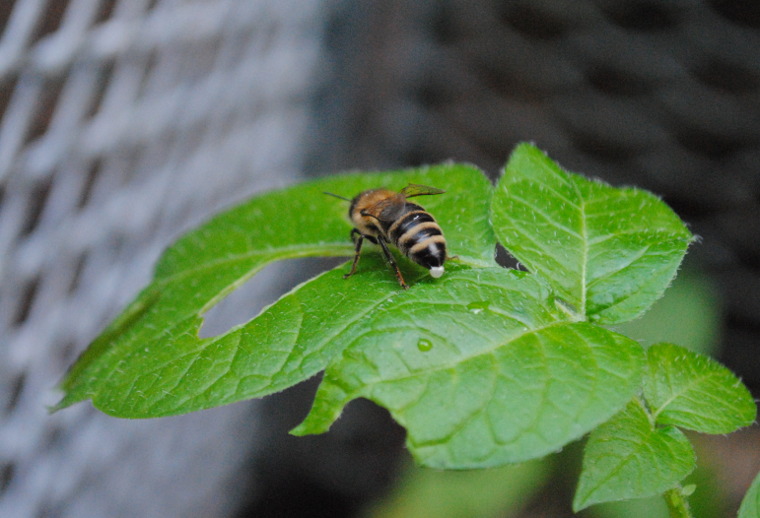 Seems like someone had too much of that sugary water :).